Vietnam – A Country on Two Wheels

Vietnam is said to be the country of motorbikes. With over 38 million registered motorbikes, it’s the world’s fourth-largest motorbike market after China, India, and Indonesia. Mopeds, scooters, electric bikes, motorcycles… you name it. If it has two wheels, you’re likely to find it on the streets in Vietnam. Feels the exhilaration of riding through the streets of Saigon on a motorbike.

Two-wheeled vehicles are the primary mode of transportation throughout the country and a part of daily life. In both Ha Noi and Saigon, motorbikes account for over two-thirds of vehicular trips. They’re convenient, suitable for the income of most people at around $1,200 per unit, and relatively easy to maintain.

I thought you might enjoy some of the pictures (click to enlarge) I took last month of motorized bikes zipping through the streets of Saigon, Da Nang, Hoi An, Hue, Halong Bay, and Ha Noi. What a spectacle watching thousands of motorbikes in – almost – perfect harmony. What an adventure trying to cross the streets weaving our way through moving traffic! I wish I had also captured a few video so that you could hear the buzzing and beeping… oh well, maybe next time! 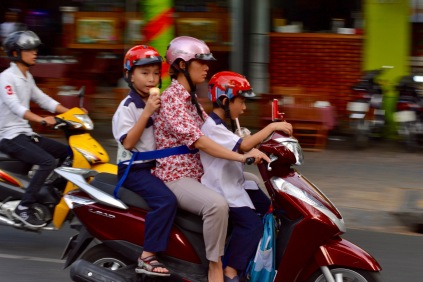 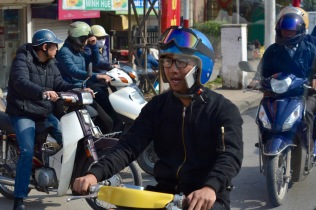 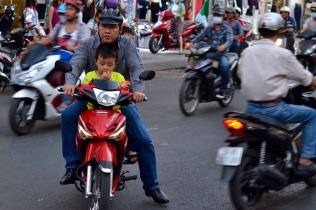 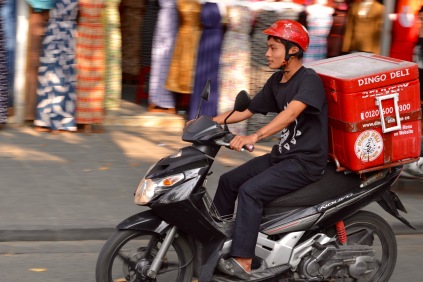 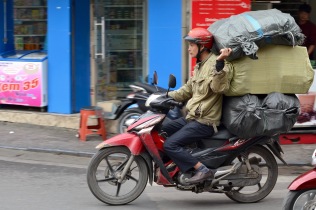 Vietnam – A Country on Two-Wheels 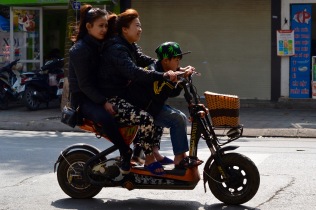 “It is easier to build strong children than to repair broken men.” Frederick Douglass.

The Center for Innocent Children in Vietnam needs your help! By contributing to the Happy Planet Children fundraising campaign, you are making the statement that despite being abandoned by their families or orphaned, these children deserve a decent childhood, an education, and a chance at a better life. Your willingness to help makes all the difference.