I’ve been using Apple Pay since early November and paid with it at the Apple Store, The Home Depot, Lucky Supermarket, Macy’s, McDonald’s, Panera Bread, Peets Coffee & Tea, RadioShack, Subway, Walgreens, and Whole Foods. I was also able to use Apple Pay in Canada at Chez Maxim, La Panthere Verte and McDonald’s. Paying with Apple Pay was faster and more convenient than using cash, checks, debit or credit cards. And I’m not alone praising the virtues of this mobile payment system. Early reports show Apple Pay gaining meaningful traction and a high level of customer engagement. It’s time to start saying goodbye to the magnetic stripes in our wallets. 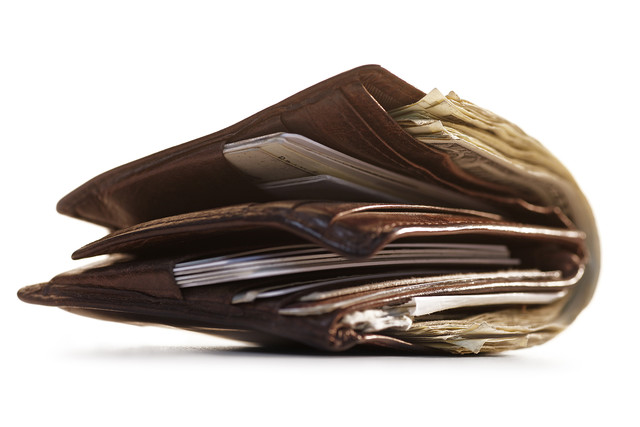 Once Upon a Time: Magnetic Stripes

When it comes to paying by debit or credit card in the United States, most merchants still process payments using a technology that dates back to the 1960s: a magnetic stripe on the back of your credit card that is read by swiping it through a point-of-sale terminal.

Back in the days when the magstripe was invented, a gallon of milk cost 49 cents, the DEC PDP-1 minicomputer was used to develop the first computer game, Bill Gates and Steve Jobs were learning how to read, and man hadn’t landed on the moon. Imagine that.

As innovative as magstripes were in the 1960s, they’re flawed. They hold all of the information needed to produce a flawless counterfeit card: roughly 23 characters of static data as the sole authentication mechanism for a payment. To compound the problem, merchants store this data on their point-of-sales terminals.

This predicament has resulted in mass credit card hacking nearing epidemic levels, as evidenced by the recent breaches at Home Depot, Kmart, Michaels Stores, Neiman Marcus, and Target. By the most conservative estimates, it all adds up to $11 billion in losses annually.

Back to The Future: Chip-and-PIN

The solution to magstripe fraud has been available for years: fraud-deflecting microchip-embedded cards. Now with computers on both ends of a transaction, you can employ cryptography and securely authenticate cards interactively using a PIN.

Although EMV security chips in debit and credit cards have been adopted in over 80 countries, including our neighbors Canada and Mexico, they have yet to make it into our wallets. Certain issuers, like American Express, Bank of America, Chase, and Wells Fargo offer cards with chips. But you’ll have to ask for it.

Cards with EMV chips make your information more difficult to access when your card is inserted into a point-of-sale chip reader. Unfortunately, chip readers are not widely used by merchants in the U.S. at this time. Hopefully, this will change by October 2015.

As a result, cards continue to include magstripes. If stolen, a card can be swiped on non-EMV terminals, or the information contained on the card can be used for “card not present” e-commerce transactions. It’s time we say goodbye to the plastic in our wallets!

NFC to the Rescue: Mobile Wallets

NFC is a wireless technology that allows for secure short-range communications and is used to implement contactless payment systems. Smartphones with an embedded NFC chip can now double as your wallet. You no longer need to swipe your card.

NFC-based mobile wallets are relatively new. In 2011, Google announced Google Wallet that takes advantage of NFC. On October 20, Apple launched Apple Pay, which is also based on NFC and works on the iPhone 6 and iPhone 6 Plus.

Although the inner workings and backends of these payments systems are complex, the result is a simpler and more secure experience. Card details are not shared with merchants or transmitted with payment. Hence, your card information is less susceptible of being compromised.

Apple Pay: A Class in Itself

Apple Pay takes it a few steps further than any other payment system on the market today:

Apple Pay isn’t 100% secure. No form of payment is. But it’s a significant improvement over the status quo. And banks will have the liability for any purchase made with Apple Pay when used face-to-face or for in-app purchases. What else can you ask for?

While some merchants like BestBuy and Wal-Mart are looking the other way, many others are benefiting from their early adoption of Apple Pay:

Although just launched, you can already get a glimpse of the power and reach of Apple Pay. As of November:

I look forward to broadening my use of Apple Pay over the months and years to come. Maybe one day it will be the only form of payment I use for all in-store, in-app and online purchases. Until then I’ll be on the lookout and supporting merchants that accept Apple Pay. Very much like iTunes changed the way we listen to music, Apple Pay has the potential to change the way we pay for most things. Thank you, Apple for making the world a better place!

As a small token of appreciation for making it to the end of this post, enjoy the video prank below of a store cashier pretending to steals credit cards. Something that won’t happen with Apple Pay!

This work is licensed under a Creative Commons Attribution-ShareAlike 3.0 Unported License by Paul Tocatlian.